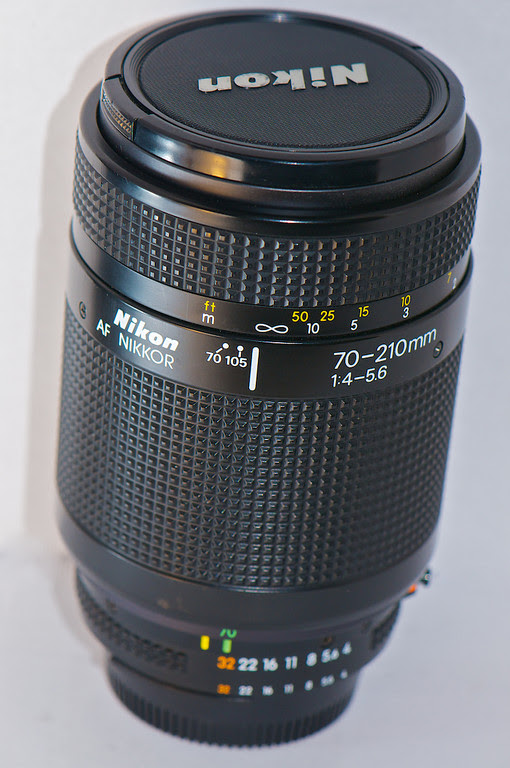 Build Quality and Feel:
The Nikon AF Nikkor 70-210mm is an early AF Nikkor and as such the lens body and barrel is made of metal. The lens feels as tough as it looks, and it can take a few bumps without any visible damage. These lenses were made in Japan and were aimed at consumers, which is hard to believe considering the build quality. Despite the build quality the lens is not very heavy and balances well on a mid-range camera like the D90, and ever better on the D300 and up.

There is no zoom ring on this lens, you manual push and pull the zoom yourself. The lens starts at 70mm, when in the shortest position, and 210mm at the longest. There are markers on the inner barrel the indicate the focal length at, 70mm, 85mm, 105mm, 135mm and 210mm. The lens does suffer from some zoom creep, so if you are focusing on something above or under you, you'll have to hold onto the zoom barrel. The grip has a plastic feel, but offers plenty of grip. The manual focusing ring has a similar feel to that of the zoom grip. 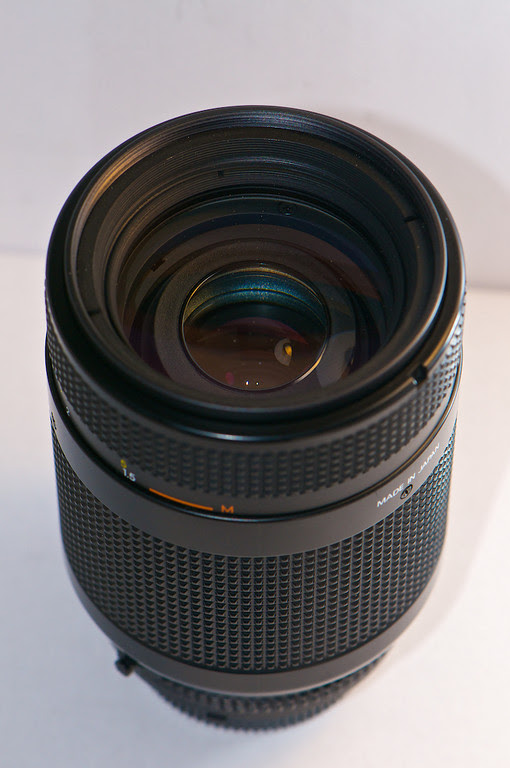 Auto and Manual Focus:
Being of an older design the lens does not have an AF-S motor, meaning that auto focus is achieved by a motor in the camera body, turning a screw in the lens, which rotates the focusing elements. The AF 70-210mm Nikkor does not feature IF (Internal Focusing) and as a result the front element of the lens rotates when focusing, which makes using a circular polarizer a bit of pain. Like most early AF and AF-D lenses, do not grab the focusing ring while auto focus is engaged, doing so could damage the camera's focusing motor as well as the focusing gears within the lens. If you want to manually focus, first turn the AF switch on the camera body to the "M" position.

Auto focus is slow and very noisy, even compared to some other early AF lenses, such as the AF 35-70mm F2.8. The later 70-210mm F4-5.6D focuses much faster thanks to improved focusing gears in the lens, but it is still noisy when focusing. Even manual focus is not quiet, as there is a slight geared noise when you turn the focusing ring. Manual focus is smooth and focus is not overly difficult to achieve in good light. 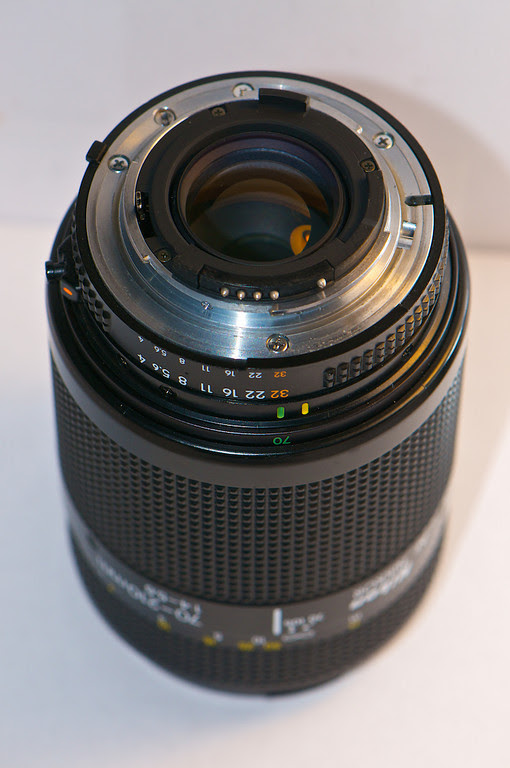 Image Quality:
You can get good images from this lens, with the sharpest images coming at 70mm and the softest at 210mm, which is just par for the course with consumer grade zoom lenses. By stopping the lens down to F8 you get extremely sharp images across the frame on a DX body. I have not tested the lens on an FX or film body so I cannot say how it performs on such cameras. As you zoom out image quality starts to drop off, and at 210mm there is a noticeable drop in contrast and overall image quality, even stopped down. That being said, good results are possible on close subjects at 210mm. Part of the trouble, at least for bird photography, is the slow auto focus, which makes it difficult to get sharp images. 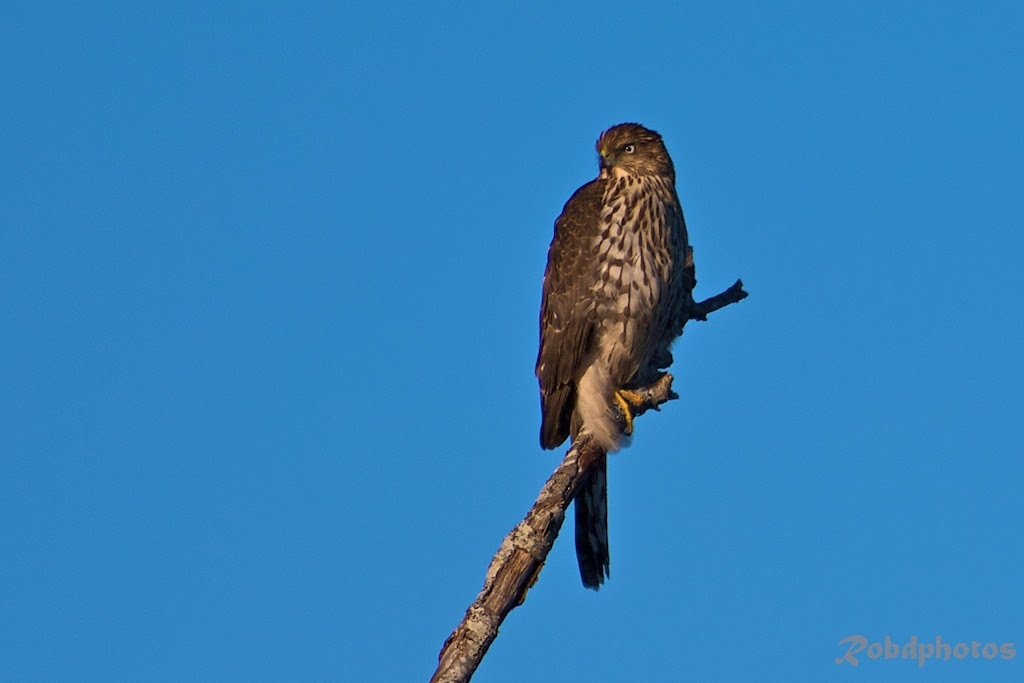 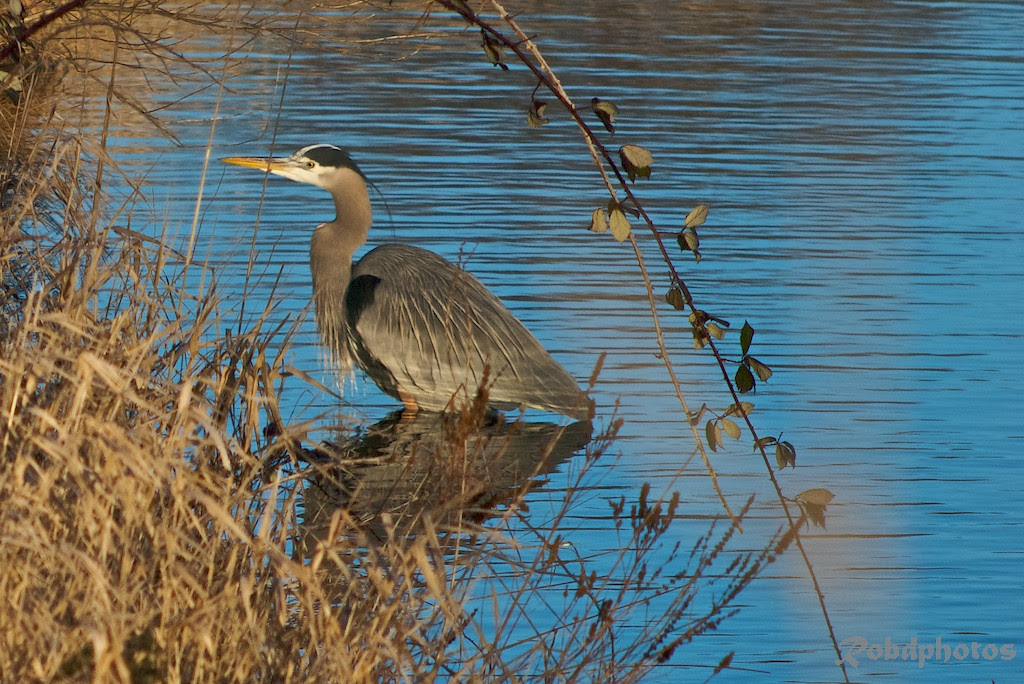 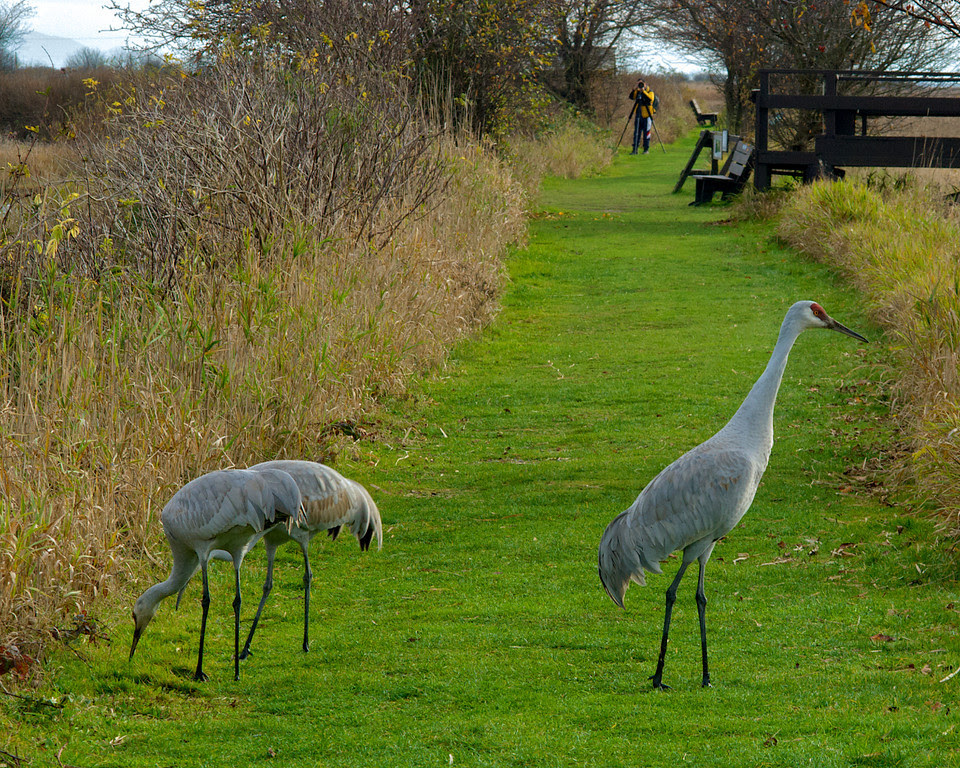 Comments and Conclusion:
The Nikon AF 70-210mm F4-5.6 is a decent lens, and offers average, but not great image quality. Build quality is superior to the consumer lenses of today, such as the 55-200mm DX kit lens, but I would still take the 55-200mm DX or 70-300mm VR over the older lens due to the faster AF-S focusing motors. The main reason to pick an older lens like the 70-210mm is cost, these lenses can be found for around $100 Cdn and the build quality, thanks to the all metal construction of the lens body.