Introduction:
The Nikon DX Micro Nikkor 85mm F3.5G ED VR is a light weight portable macro lens for Nikon DX crop sensor DSLR cameras. This lens confused some people when it was released, as a DX macro lens was not expected. Some people asked why starts at F3.5 rather than F2.8? The simple reason behind an F3.5 aperture is to keep costs down, more than anything else. The price of the 85mm F3.5G DX micro is lower than the full frame 60mm F2.8G and gives more reach, which is appealing to some macro shooters who find the 1:1 focusing range of the 60mm F2.8 to close to the subject. In addition to that the 85mm F3.5G VR DX micro has vibration reduction, using VRII technology to give the lens better performance in low light. In fact you can hand hold this lens in lower light than the faster 60mm F2.8G, thanks to the VR.

Build Quality:
The build quality of the 85mm DX Micro is a little lower than I expected for a lens that costs $460, but at least it has a metal lens mount. I have not handled the 35mm F1.8G DX prime, but I suspect the built quality is the same. The barrel is made of industrial strength plastics and is of a higher quality than that of the 50mm F1.8D, but not as good as the 18-70mm F3.5-4.5G DX lens. It feels strong enough to take some light bumps, but dropping the lens on a hard surface could lead to serious damage.  The included HB-37 hood feels well made, about as good as any of the plastic Nikon lens hoods.

One thing that surprised me was how cheap the front lens cap feels, even the cap that came with my 50mm 1.8D feels sturdier, and the cap doesn't seem to fit overly well either. If you aren't careful when you are putting the cap on you might find it popping off in your bag, or when you try to reverse the lens hood. Due to the primarily plastic build of the lens it is very light weight, weighing in at 355g (12.5oz). The lens is by no means dust or weather sealed, so if you want to shoot in wet conditions a cover of some kind will be required to prevent damage to the lens. 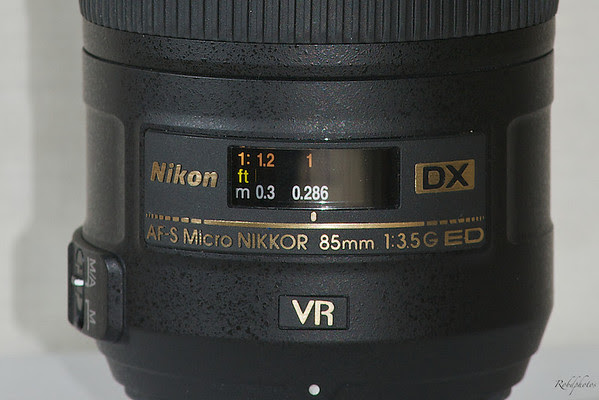 Features:
The 85mm F3.5G DX Micro has some impressive features, such as VR (Vibration Reduction), ED glass to reduce chromatic aberrations and a real AF-S focusing motor, which is dead silent. The lens also has the usual M/A / M switch and has auto focus override, just grab the ring while focusing and you are in control. The feature that stands out the most of course is the 1:1 focusing at 0.286m, that makes it a truly macro capable lens. Note, at 1:1 this lens operates at F5, which means you need a decent amount of light to use the lens in live view, and even the viewfinder starts getting rather dark. The manual focusing ring is large and dominates the body of the lens. Behind the focusing ring is a distance scale, which includes subject size markers in relation to life size. The lens also has the rubber gasket on the rear side that helps to form a dust and water resistant seal when mounted on your camera, but as noted before the lens is not sealed against dust and water.

Auto Focus:
Nikon did not cheap out on the auto focus motor of the 85mm F3.5G Micro, it features a true AF-S motor, which is fast and quiet. At normal focusing distances (anything not in the macro range) focus is fast and accurate, without much hunting, even in low light conditions. However, when you start trying to auto focus in the macro range, or low light, the lens starts to struggle and will hunt for focus at least 50% of the time or more. The hunting happens more in low light conditions when in the close focusing range of 1:2 or less. depending on the lighting conditions. Thankfully the manual focus ring is extremely smooth allowing for easy manual focusing. I would not hesitate to say that this is the best DX lens for manual focusing from Nikon to date.

Image Quality:
Another area that Nikon did not cheap out on was the quality of the glass, it is by far the sharpest DX lens that I have used to date. That being said, wide open at 1:1 the lens can show chromatic aberrations under the right conditions.  Of course, when you are working with subjects that close, you often will stop down the lens to at least F16 or more to get a decent amount of depth of field. By the time you reach F8 the chromatic aberrations are gone and it becomes a non-issue, so don't hesitate to buy this lens if you want a low cost, low weight, Nikon branded macro lens for your DX camera. If you are looking for a DX portrait lens, I don't think this is what you are looking for. It's very sharp wide open and it starts at F3.5, which is not ideal, so you'd be better off with the 85mm F1.8D, or 50mm F1.4G. 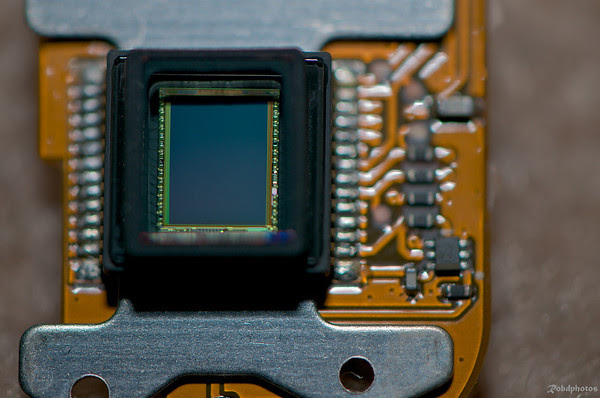 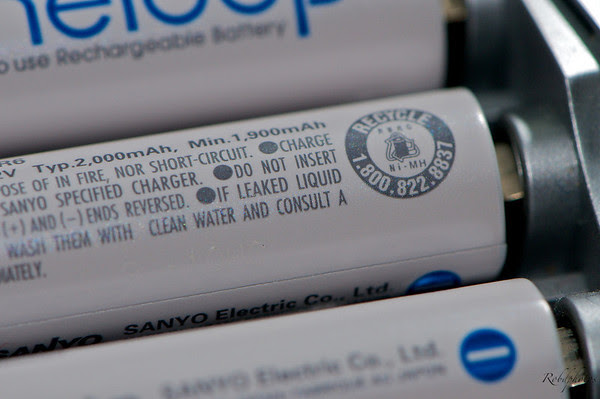 Comments and Conclusion:
I've had a lot of fun working with the Nikon 85mm F3.5G DX Micro, the low weight and focusing distance at 1:1 have made it a pleasure to use in practice. I would not mind having a little bit more working distance if I was photographing insects or other critters of that nature, but I tend to photograph flowers, and computer parts so that is not a big deal to me. One thing to keep in mind is that you can buy the Nikon 60mm F2.8G for about the same price as this lens, so if you are planning to switch from a DX camera to an FX camera in the near future, you may want to look at that lens instead. You should also consider the Tamron 90mm F2.8 macro, which costs about the same, but has more reach. Just keep in mind that the Tamron does not have VR/IS technology. VR on a macro lens isn't a big deal for some, but it does make it more usable if you do have to hand hold the lens. If you want to photograph insects and other critters, I think the 105mm F2.8G VR Micro would be a better choice, as it gives you a few more millimeters of working distance between the front of the lens and your subject.

For me the 85mm F3.5G Micro was a good choice due to the low wight, which mean it is always in my bag. Most of the other macro lenses on the market are rather heavy, which might mean you'd leave them at home, unless you were out specifically to take macros. I consider the quality of the lens to reasonable for the price, and having the dust seal at the back of the lens to prevent dust and dirt entering the lens mount to another nice feature to have; it gives me just a little piece of mind when I'm laying down in the dirt taking pictures of flowers.

The 85mm F3.5G DX Micro is a nice, light weight micro lens that offers good image quality for the price. This lens is for people who don't want to carry around a heavy, expensive macro lens, but who also want a decent working distance between the lens and the subject. There are third party alternatives in the same price range, which could be considered, but I like this offering from Nikon and will hang onto it as long as I have a DX camera. I consider the 85mm F3.5G DX VR Micro to be a very good lens for the money as a result of it's feature set and image quality. For me the though, the combination of features, like VR and AF-S were enough to push me in the direction of this Nikon DX lens.