Introduction:
The Nikon 18-70mm F3.5-4.5G DX lens was the first Nikon lens that I owned, it came in the kit I got with my D80 a few years ago, so I have a bit of a soft spot for it in my heart. The focal range of the lens offers a decent amount of coverage, giving 15 more millimeters of coverage over the standard 18-55mm kit lens that most entry level Nikon DSLRs currently ship with. The 18-70mm was one of the first DX lenses to hit the market, when it was kitted with the Nikon D70, and in some cases the D50 and D80 later on. The 18-70mm DX was replaced by the 16-85mm VR a few years ago, but there are still some new copies available at some dealers if you want to have one (as of May 2010). 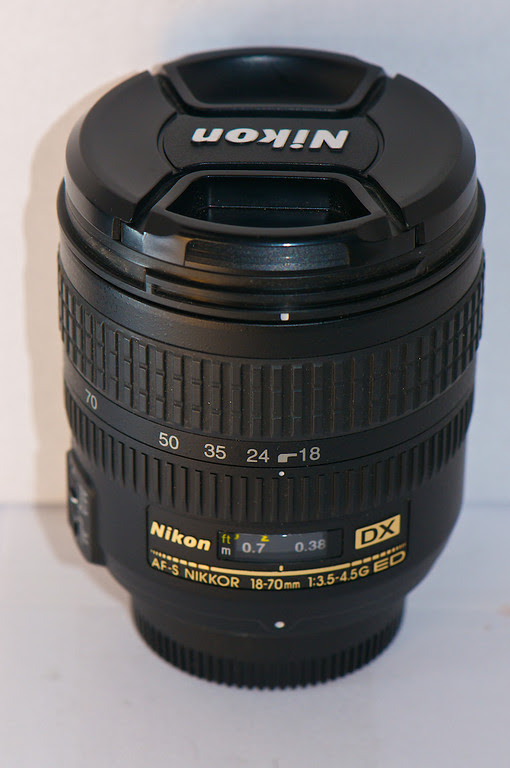 The biggest advantages of the 18-70mm DX over the other kit lenses of its' era was a true AF-S motor, like the one used in the 16-85mm VR and 18-200mm VR lenses, while the 18-55mm and 18-135mm had slower and slightly louder focusing, and the metal lens mount. In fact to this day the 18-70mm DX is the only DX kit lens with a metal mount that Nikon has produced. The 18-70mm also has an IF (Internal Focus) design and a focus distance scale, which the 18-55mm kit lenses lacks. From an optical standpoint the 18-70mm is a little dated  though, but I'll have more to say about that later on in the review.


Looking in through the Front Element 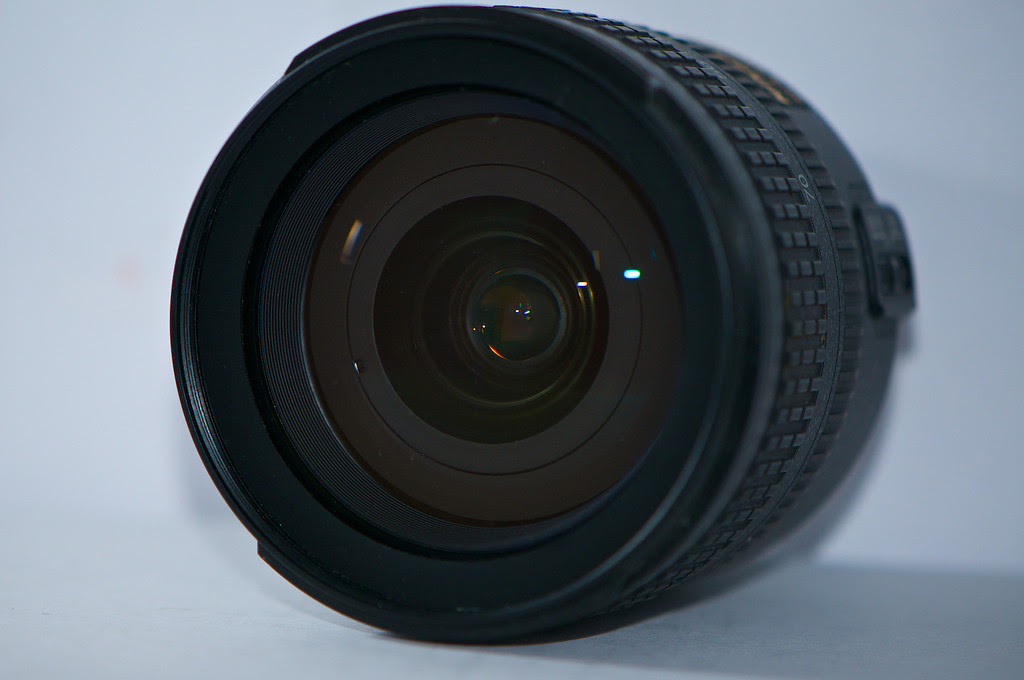 The zoom ring is smooth, and is covered with a hard rubber, which allows for a decent grip. The ring is not very well dampened and so it moves from one end of the focal range to the other quickly. Due to the dual barrel design it can slightly stutter while zooming slowly, making it hard to get an exact focal length as marked on the lens barrel. Unlike the 18-200mm VR the inner barrels of the 18-70mm DX is made of plastic, just like the outer barrel. I took my copy in for adjustment, due to focusing issues, and the Nikon service technicians tightened the inner barrel, which was slightly loose. I figure that happens due to the plastic inner construction, so owners should take care not to to hit the lens on anything while the zoom is fully extended to 70mm.

The manual focus ring, which can be used for manual focus override ( Thanks to the real AF-S motor), is smooth and is decently damped. It can be hard to tell when you have reached one end or the other of the focusing range because there is no hard stop, but for those who are familiar with Nikon's AF-S lenses that is nothing new.

Auto Focus:
The 18-70mm DX focuses from 38cms (less than a foot) to infinity quickly thanks to the AF-S motor, which is a step above those found in entry level kit lenses. Focus is no where near as fast as pro grade lens, but it is easily as fast as the 16-85mm VR and 18-200mm VR. Focus is also nearly silent, which makes the lens ideal for situations where noise is  unwelcome. Focusing speed is fastest at the wide end, but the speed only drops off very slightly at the long end, due to the slightly smaller aperture.

Image Quality:
The 18-70mm DX lens gives the user a mixed bag of performance in terms of optics. Image quality is about the same as the 18-55mm VR, but thanks to the wider aperture (only F4.5 at 70mm) it can be used in lower light, and has better bokeh than the 16-85mm VR that replaced it. Overall the 18-70mm give decent image quality, in fact very good for the price point, considering I've seen new copies selling for as little $250 Cdn. The lens performs best between 24mm and 50mm, but remains decent throughout the enter zoom range. The best results can be achieved by stopping the lens down to F8 across the zoom range, and remains sharp till F13, where sharpness starts to fall off due to diffraction. Vignetting will occur at 18-24mm when the lens is wide open (F3.5), and there is a visible amount of barrel distortion in the same range. Generally speaking these issues are not noticeable, but when you do, they stand out like a sore thumb. Chromatic abortions are well controlled throughout the zoom range, and I did not find CA to be an issue in my use of the lens. 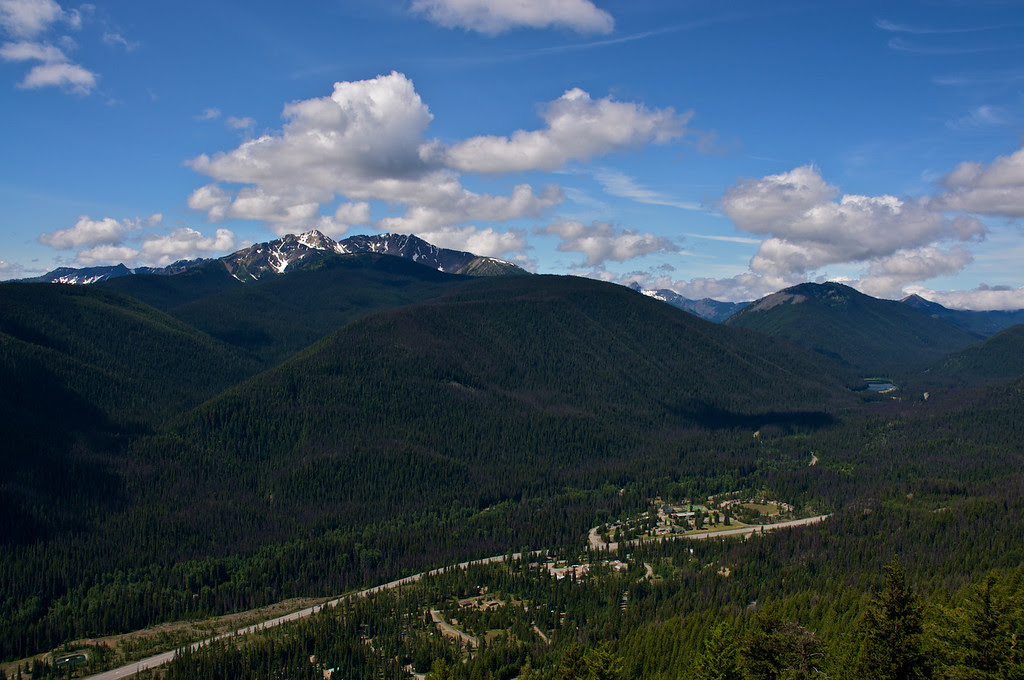 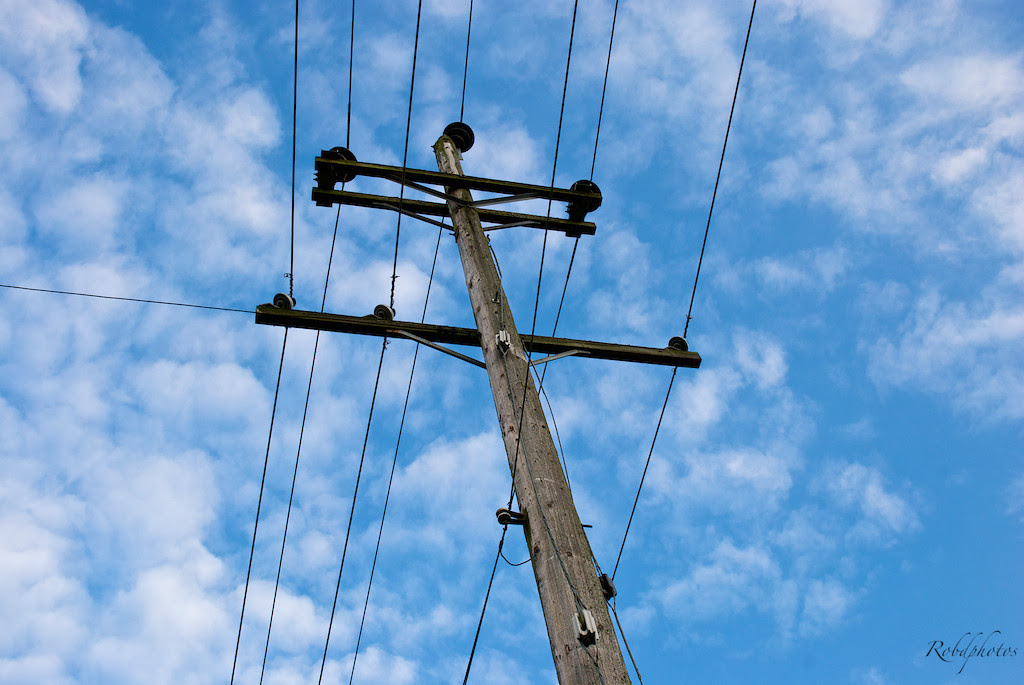 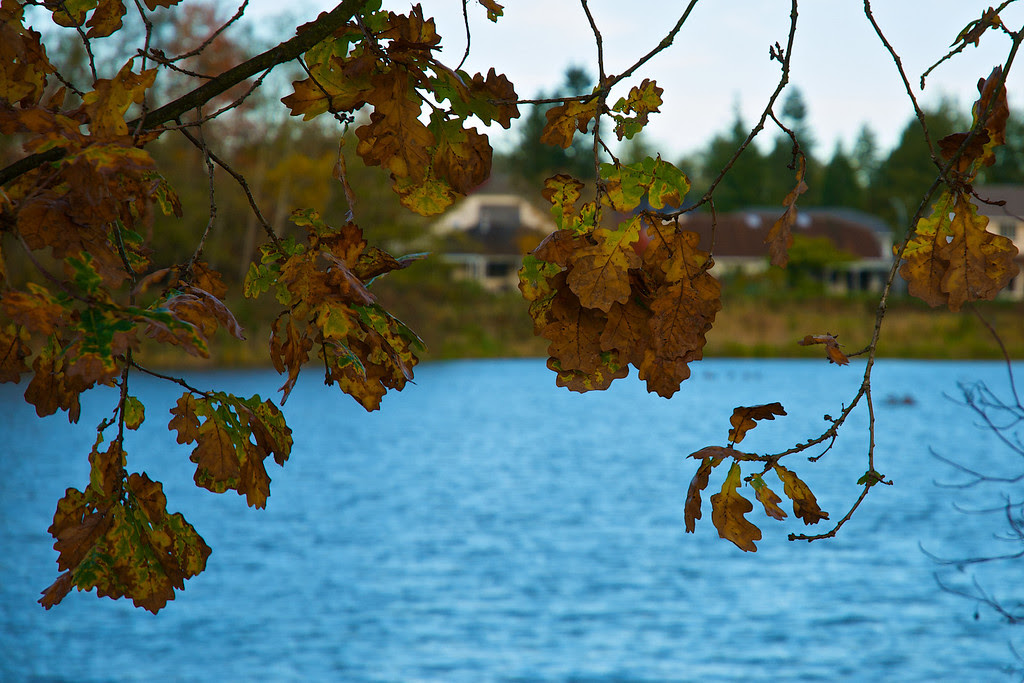 Conclusion and Final Thoughts:
The Nikon 18-70mm DX lens is not bad considering the price point and age of the optical design. Unlike newer Nikon kit lenses it features a metal lens mount, improved build quality and a focus distance scale. Build quality, a fast maximum aperture at the long end, for a kit zoom, and overall decent image quality makes the 18-70mm F3.5-4.5G ED DX a good first lens for someone looking to step into the Nikon crop sensor (DX) camera system. The lens does have some issues, such as vignetting at 18-24mm when the aperture is wide open, but otherwise there are no serious flaws to be found with this lens. The only other area of short coming maybe the lack of VR, which was introduced in the lenses replacement the 16-85mm VR. The 18-70mm DX holds it's own against the 16-85mm VR, thanks to the wider maximum aperture at 70mm, which allow for good bokeh, which the latter dearly lacks.
Posted by Robert Disney